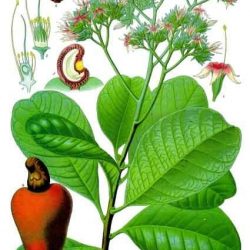 Cashew is locally called as Svay Chanthy and it has been grown in Cambodia for sometimes ago. At least during the 1960s, a Khmer traditional dancing song depicted the cashew in a song titled Oh Svay Chanthy which describes a young lady as beautiful as cashew tree or a young man as handsome as the Read more about Cashew Varieties in Cambodia[…]